Christian education for His children has been a top priority for the broader New Era Christian community for the past 73 years!

And the excitement of experiencing God’s blessings while educating His children continues to grow each day at New Era Christian School.

The New Era Christian School Society was organized July 15, 1948 when a board of six men were chosen to pursue the cause of Christian education.

​In 1949 the Society purchased a bus to transfer high school aged students to Western Michigan Christian High School in Muskegon.

In 1952 the Society conducted a financial drive, raising the funds needed to construct a two-room school building on Oak Street in New Era.

In the spring of 1953, Board President Maynard Sytsma dug the first spadesful of dirt for the pouring of the foundations.

Since 1953 New Era Christian School has built three major additions and added a preschool program.  Today New Era provides Christian education for students Pre-school through grade 8 in a facility with eight modern classrooms, a library, and a gymnasium-auditorium.

Since 1953 almost a thousand students have graduated from New Era Christian School.  They represent two dozen area churches and the communities of New Era, Montague, Whitehall, Rothbury, Shelby, and Hart.

To God be the glory for the great things He has been blessing and performing through New Era Christian School.

Opportunities to participate in your journey

We offer preschool through 8th-grade classes

The staff and school board are committed to our students as is illustrated below.  If you would like this commitment from your child’s school, New Era Christian School is the place for your child.

For more information please email Principal Phil Morse at pmorse@newerachristian.org or call our school office at 231-861-5450.

Investing in your child

New Era Christian School determines its tuition level annually to meet the needs of the school today and to ensure appropriate stewardship of the school’s future through the Board’s Strategic Plan. The Board and school’s Leadership Team prayerfully consider the meaning of the school’s mission and how that will come alive in the life of your child each year. Your tuition payment empowers our school to deliver an excellent program staffed by committed and expert faculty in a safe facility. We consider this to be a partnership with you where you are gifted the resources to invest in your children’s future and we are held accountable for the stewardship of the resources given to us through the Board’s Strategic Plan and the annual budget.
Apply For Financial Assistance
A great school with caring teachers and staff who enrich the lives of students through serving others and strengthening their faith. 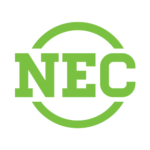 May your time at NECS be just the beginning of a lifetime of growing in these actions for the glory of Jesus Christ.

GET THE FRIDAY UPDATES